A couple of days ago, CBC News published the following article:

Parents in Nain say a lack of reliable internet access is endangering their children’s academic future.

According to a Labrador MHA, parents say multiple students at Jens Haven Memorial need to crowd around a single laptop and can’t log onto their virtual classes on their own for their academic-stream courses.

Wilma Hay-Jenkins, who has a daughter in Grade 11 — who’s an honour student — is frustrated with what’s happening in the school.

Hay-Jenkins told CBC News the internet problems, along with Jens Haven Memorial being short-staffed, could affect her daughter’s academic future.

The two main issues raised in the article are the impact of distance learning on course selection and internet capacity.  The crux of the first issue is summarized as:

“I am being told by parents that many of the students are switching from academic to general, that’s the basic program, only because the online burden is too much for them,” she [Area MHA Lela Evans] said during question period on Thursday. “Last year, they were honours students; now facing a very limited career path.”

Interestingly, this issue is actually an area that has been studied in the past by researchers. 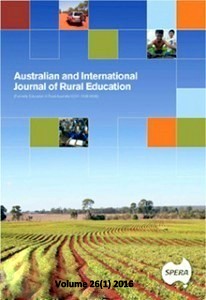 The straight truth about online learning in the Straits: An investigation into the nature of education in a rural and remote region of Newfoundland and Labrador

This paper reports on a naturalistic research project that was conducted in response to the educational concerns of the coastal rural communities of Labrador Straits. The research project investigated the current provision of education available to the children and the youth of these communities and found that due to declining population, changing demographics, lack of qualified teaching staff in the region and several other interrelated factors, there was an increased reliance on online learning in the small rural schools of the Straits as well as other rural regions of the province.

Based on surveys, interviews, and focus groups, those researcher wrote:

The concern related to program choice was expressed in the report by Partners in Learning, and the research team tried to gather relevant data on this issue. The research team contacted each of the participating school’s administration and gathered data related to the program choices that the students had made over the period of last three years. An analysis of the data revealed that the Labrador Straits Region as a whole compared quite well with the Province as far as percentages of students enrolled in academic versus basic or general programs. However, this analysis also indicated that two of the schools had a higher percentage of students who graduated with a basic program. There was no straightforward answer as to why students chose to do a basic versus an academic program; rather there existed mixed opinion among research participants.

One of the factors that emerged was the increased reliance on distance education. As discussed in the previous section, lack of supervision and instructor support while taking online courses were major deterrents for students not selecting online courses. If an academic course was only available online then the students selected a basic course in order to avoid the extra burdens of the distance courses. At the same time other issues were also identified. Some participants held the view that in many cases it was a personal decision and depended on career choices that the student intended to make that acted as a factor. In some cases students opted for basic courses when both the parents and the students felt that the student would not be able to handle the rigor of academic courses. Some educators thought there was no relationship between students opting for basic courses and distance programming.

So the issue, at least based on the examination from these three Labrador schools, was much more complex than presented in the article.

Similarly, with respect to connectivity and bandwidth the news item indicated:

Haggie said he learned about the internet issue only after Evans brought the issue forward and he would be “happy to look into it.”

Haggie also said he has asked departmental staff to speak with staff in the Health Department because the health clinic in Nain isn’t having the same internet problems.

“I’m not aware of any difficulties there, so we may be able to find some synergies,” he said.

Hay-Jenkins said the clinic isn’t having internet problems because 20 people aren’t trying to use it at the same time.

The Centre for Distance Learning and Innovation (CDLI), which is the province-wide K-12 online learning provider in Newfoundland and Labrador, uses an instructional model that is between 40% and 80% synchronous in nature (depending on the subject area).  The main synchronous tool used by K-12 online learning programs is Zoom, and according to their own website it requires 2.0 Mbps up and down.  Similarly, the CDLI utilizes D2L’s Brightspace for its asynchronous instruction, which can operate successful on a 56K modem.  Conversely, according to the US-based Office of the National Coordinator for Health Information Technology a rural health clinic requires a minimum of a 10 Mbps connection.  This basic information would suggest that the connectivity/bandwidth issues are likely cause by something other than the internet technology in and out of the community.

However, these two examples from this news article are a good illustration of the oversimplification of what may be very real issues with the quality and accessibility of education ina remote portion of the province.  Unfortunately, this dumbing down of the issue often results in the root causes of any problems not being adequately addressed.