Yesterday the Organisation for Economic Cooperation and Development (OECD) released the report What makes students’ access to digital learning more equitable?  The report was essentially reporting the most recent data collected as a part of the Teaching and Learning International Survey, which is described as:

The international target population for TALIS 2018 is lower secondary teachers and their school leaders in mainstream public and private schools. For the 2018 survey, a representative sample of 4 000 teachers and their school principals from 200 schools were randomly selected in each country/territory. Across all survey components, approximatively 260,000 teachers responded to the survey, representing more than 8 million teachers in 48 participating countries and territories.

Data collection took place between September and December 2017 for Southern Hemisphere participants and March to May 2018 for Northern Hemisphere participants. Since the data were collected before the COVID-19 crisis, please note that some of the frequencies and relationships among the variables reported here may have changed. More information is available at www.oecd.org/education/talis.

Curiously, the only references to Canada in the report were specifically for the Province of Alberta, and all three references were in the figures that were presented (see below). 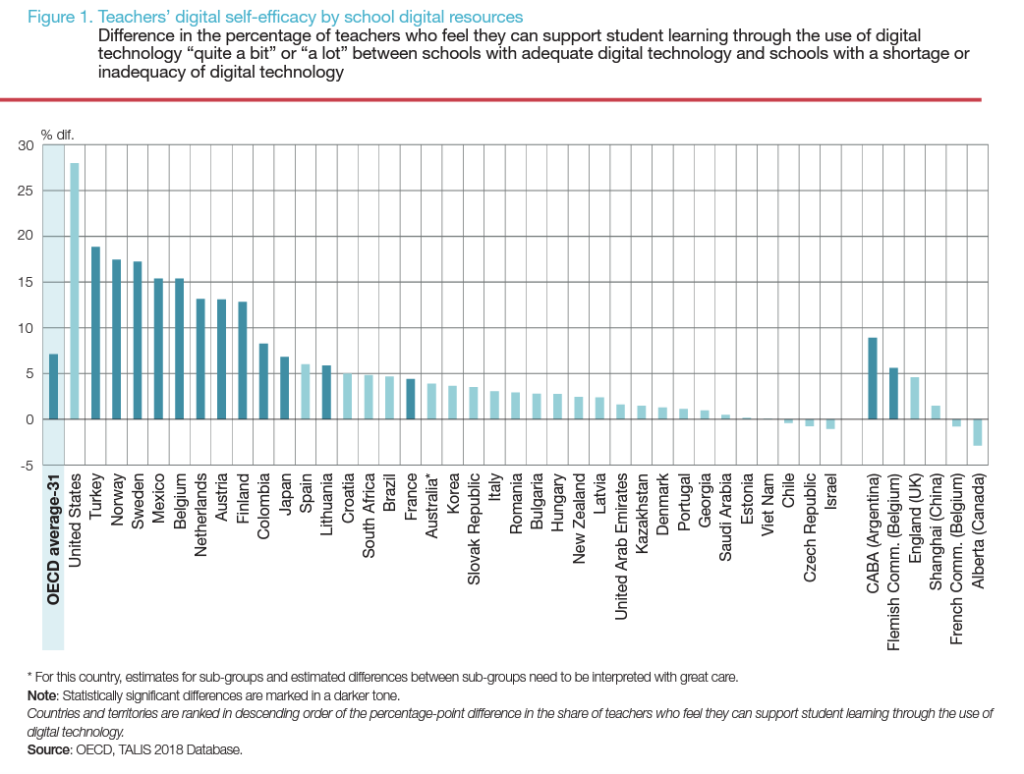 Note that based on this pre-pandemic data, Alberta (Canada) placed dead last – and one of the few jurisdictions in the negatives – with respect to the “difference in the percentage of teachers who feel they can support student learning through the use of digital technology ‘quite a bit’ or ‘a lot’ between schools with adequate digital technology and schools with a shortage or inadequacy of digital technology” (p. 3).  The authors noted that “interestingly, these teachers also tend to work in schools where the quality of instruction is supported by adequate digital technology, which is the case in about one-third of participating countries” (p. 3), and specifically mentioned Turkey, Norway, and Sweden (which are on the opposite end of the spectrum compared to Alberta – and all three were the highest positive scores that had statistic significance). 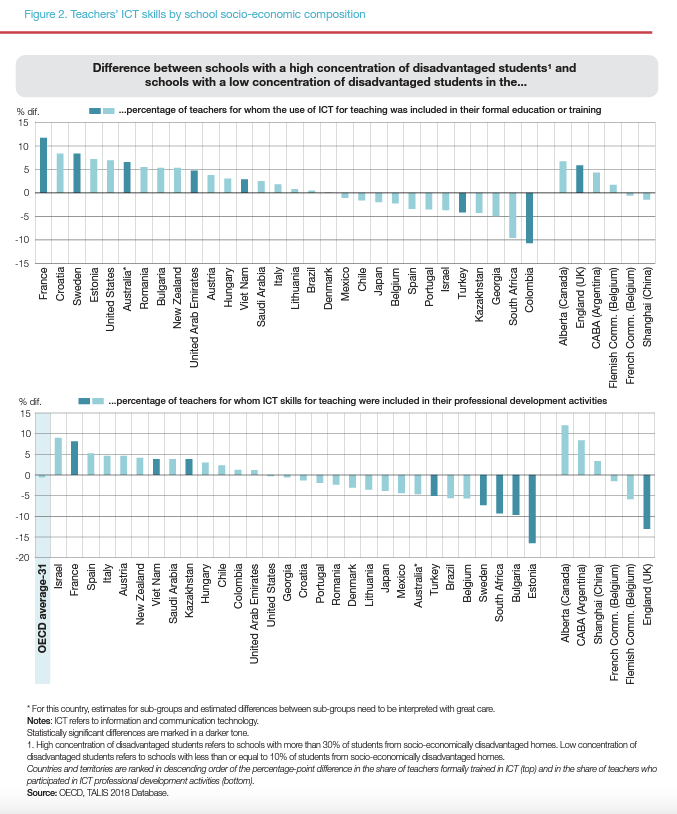 Only approximately 7% of teachers in Alberta indicated that they received any preparation on “the use of ICT [information and communication technology] for teaching… in their formal education or training” (p. 4), which should not be a surprise given the findings we reported in the Teacher Education and K-12 Online Learning report.  On a positive note, approximately 12% of the teachers reported that they had received “ICT skills for teaching… in their professional development activities.”