Last week a colleague forwarded the article published in EdSurge entitled “Triumphs and Troubles in Online Learning Abroad” by Robert Ubell.  The article focuses on how places outside of the United States are leading in various aspects of online learning – with a sole focus on higher education.

The author has some very nice things to say about the Canadian context.  For example:

“In Canada, for example, about two-thirds of colleges offer online degrees—and many have for years.”

“At the very dawn of digital education, Canada introduced one of the very first learning management systems, WebCT, a pivotal application, invented at the University of British Columbia in 1997. Branded eventually as Blackboard, it was the market leader in the U.S. and Canada for some time, and even today the company is in second place, with DTL Brightspace, a Canadian firm, close behind.

Years before the University of Phoenix launched its first online course in the U.S., powered by CompuServe, an early online service provider, the University of Toronto, achieved the historical distinction of running the world’s first-ever completely online course five years earlier in 1986. Since those early days, two million Canadian students avoided COVID-19 danger, continuing their studies remotely during the pandemic at Canada’s fully online colleges—including Athabasca University in Alberta and at highly ranked colleges like McGill University in Montreal.”

While the article did focus solely on higher education, there were a couple of tidbits that were of interest to the K-12 context.  For example, one of the graphics that was included in this article was: 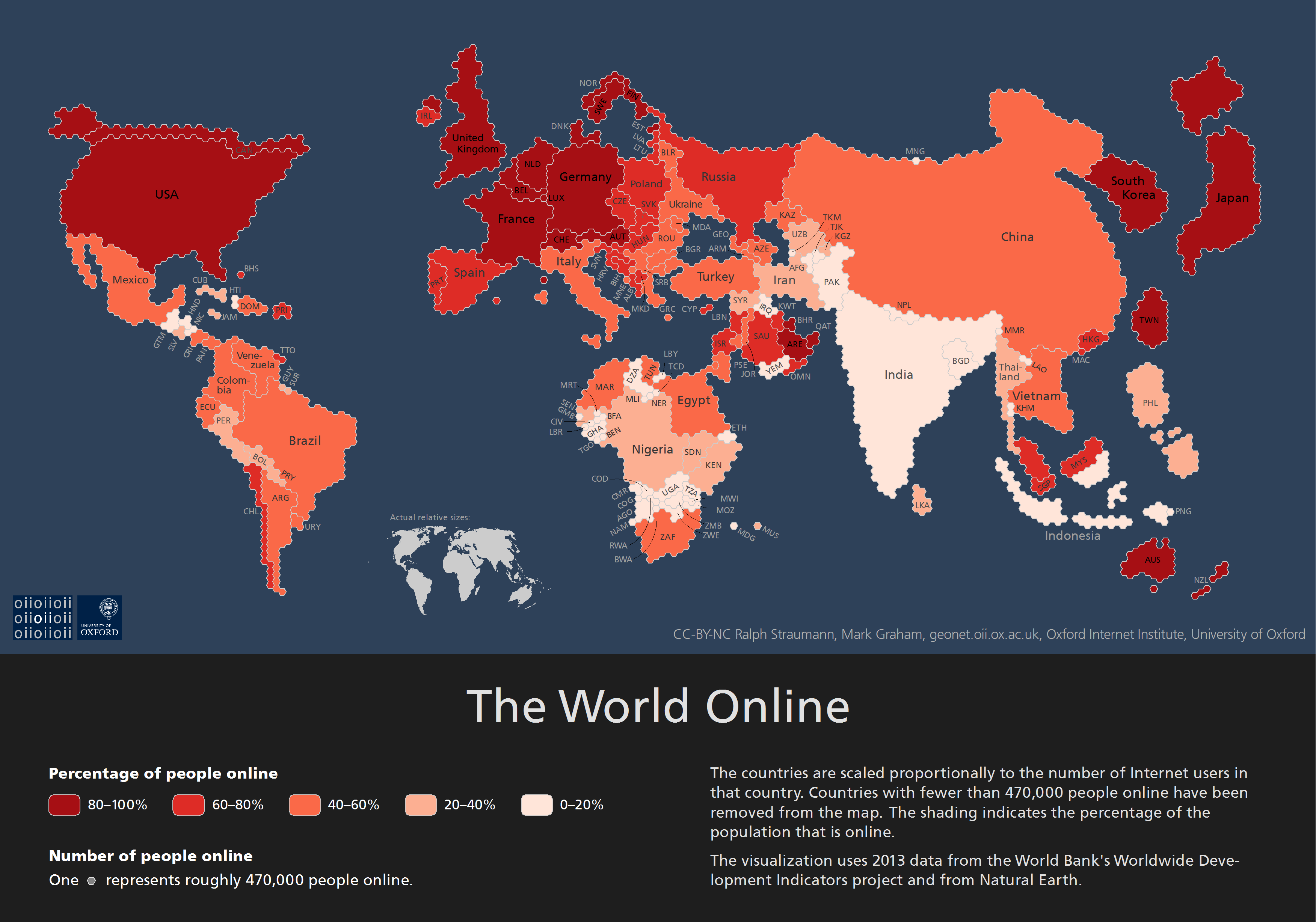 * note this isn’t the actual image, but the original version of it I was able to find though a Google Image search

The image itself was produced in 2015, and as noted on the image itself is was based on data from 2013. So while it is almost a decade old at this stage, let’s assume that Canada has not dropped out of the 80%-100% range.  Given this reality, is it any surprise that the remote learning response to the pandemic across Canada was a focus on online learning – either in the form of streamed synchronous teaching or asynchronous online lessons.

The danger with maps like this is that it neglects three things.  The first thing it neglects is that access to the Internet does not necessarily mean reliable or adequate access to the Internet.  Essentially, just because 90% of the people can get online it doesn’t necessarily mean that a 16 year old can actively participate in a class being streamed through Google Meets at the same time that one of their parents are engaged in a meeting for work via Zoom and a younger sibling is watching a YouTube video to be able to answers questions in a Google Doc that their teacher sent them.  A map like this, from an educational context, assumes that there are an adequate number of devices available to all students to use it and that the home has an adequate bandwidth to be able to manage the load. 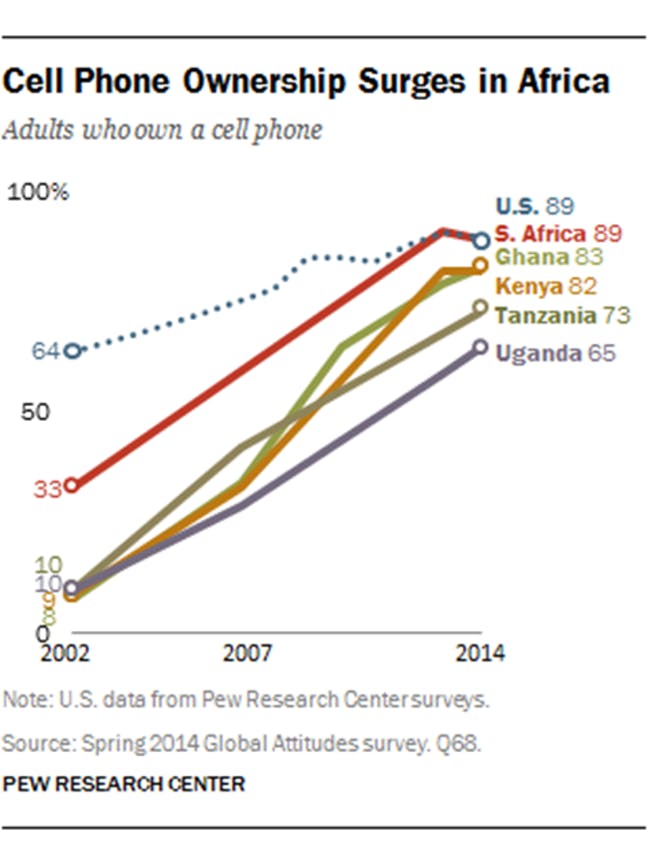 Phil Hill, a prominent edtech consultant, told me that because Africans are forced to introduce mobile, not as an add-on, but as a priority, “from day one, Africans optimize digital learning for mobile. They are quite resourceful in ways we haven’t seen in the developed world.”

However, that is not the case in Canada.  A study released in October 2021 by the Finnish organization Rewheel reported that Canada had the highest prices of any nation studied.

As this has been a semi-annual study, the research team concluded:

And even cautioned that:

The prices of some plans sold by some US and Canadian operators do not include sales and other service taxes (may vary from ~1%-10%). Hence, the like-for-like country rankings of the United States and Canada might be worst that what is shown herein. (p. 15)

So cell phone and mobile Internet access are simply not a viable option for K-12 education right now.

The third thing the image showing Internet access neglects is what about the other up to 20% of the students?  Even if we assumed that the 80% to 100% represented an adequate number of devices that provides an adequate level of access to the Internet.  That still means that 1% to 20% don’t have any access to the Internet!  When there are disruptions to the system, how do schools provide continuity of learning for those students?  For example, when examining the remote learning response to the pandemic across Canada over the past two years, what have Ministries of Education, school boards/districts, schools, and individual educators done to address the 1%-20% that had no access to the Internet at all?  Was the continuity of learning that was provided to those without Internet access at the same level of quality as what we done for those who did have Internet access?  Were the student experiences equivalent?

These questions are asked not because we don’t already know the answer to them.  While Erik German can outline examples of how alternative forms of distance education were used to provide access to high quality learning throughout the pandemic (and some jurisdictions did really step up in this regard), I believe that we all understand that they were isolated instances.  As a part of the naval gazing about the adequacy of the pandemic response that has already begun and will continue for some time, questions about adequate access to the Internet and the provision of high quality, non-digital learning experiences need to be addressed.