Earlier today this article from CBC News came across our electronic desk.

Parents say well-being of kids was not a priority for policy makers, says survey from Angus Reid Institute 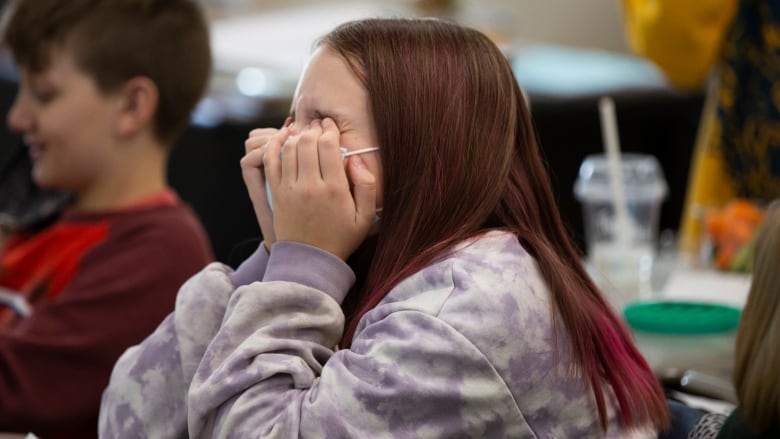 Students are seen in an Alberta classroom in January. Two-thirds of parent respondents of a new Angus Reid Institute study, conducted in partnership with CBC News, said they feel their children’s well-being was an afterthought to pandemic decision-makers. (Oseremen Irete/CBC)

It’s been several weeks since Quebec lifted its mask mandate for schools — just as students returned from spring break — but Katherine Korakakis continues to feel a bit nervous as her daughter Bella sits in class this week without a mask.

Though her 11-year-old agreed to keep one on for two weeks post-break (thinking of how many classmates had travelled) and despite her cautious optimism about easing restrictions, the Montreal parent felt the province’s decision to drop the school mask mandate at that time was yet another frustrating pandemic policy concerning kids.

“Taking the masks away so fast after spring break? That was not putting our children in the best position possible,” said Korakakis, who serves as president of Quebec’s English Parents’ Committee Association.

From debates over masking in schools to students repeatedly bounced between in-person and remote learning, many parents feel Canadian policy-makers have let our children down during the pandemic.

The article goes on to describe a recent Angus Reid survey and how the vast majority of parents felt that politicians and policymakers made educational decisions based on ideology and/or politics, and how those parents were now engaging with the education system more.

However, if you follow the links to the actual report from Angus Reid Institute on the survey data there are some interesting – but not surprising – items related to K-12 remote learning.

One of the items that was linked into the report was a comment that read “Related: Parents strongly prefer in-class learning to online,” which took you to information from an earlier survey in September 2021 (i.e., almost seven months ago or just as the 2021-22 school year was beginning).  The presentation of this data had a section entitled “Parents strongly prefer in-class learning to online” that read:

Though online learning reduced the risk of viral spread, it came with plenty of downsides. Kids worried about falling behind and their social life suffered as they missed their friends. Parents, for their part, struggled with balancing their jobs and keeping their kids on track.

With all that in mind, Canadian parents want their kids back in the classroom. Two-thirds of parents with older kids “absolutely” prefer in-class learning over online, while seven-in-ten parents with younger kids say the same: 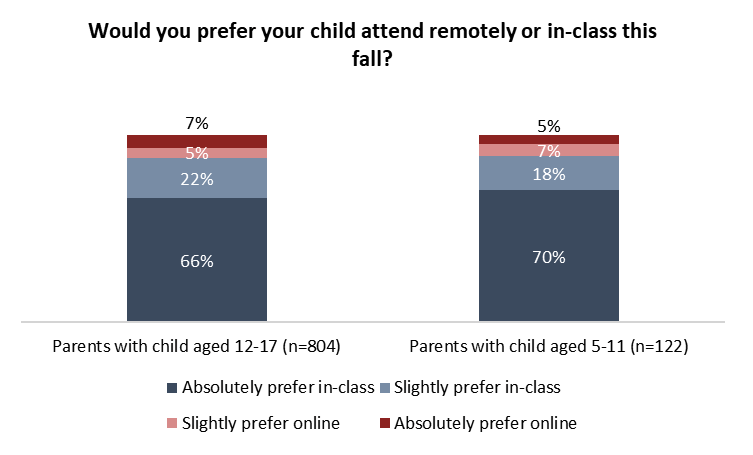 High income households were the most likely to have someone work from home during the pandemic. Those same households report the highest preference for in-class learning, perhaps out of the need to maintain the professional sanctity of the home office. Only eight per cent of those in households earning $100,000 or more annually prefer online learning, half the rate of those in lower income brackets: 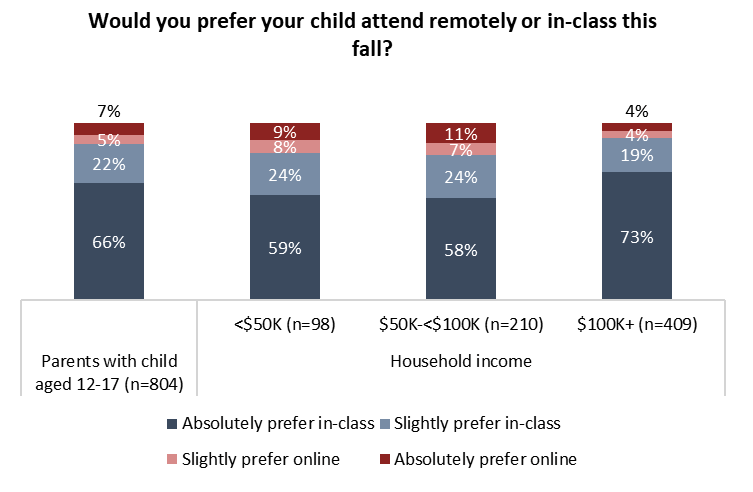 The preference for in-class learning is strong for parents with vaccine-eligible kids regardless of how old their child is, but parents with older teenagers are the most likely to prefer online learning. Older teens were more likely to follow subjects on their own to help keep up earlier in the pandemic, and perhaps that independence gives their parents confidence that online schooling won’t be a drag on their grades: 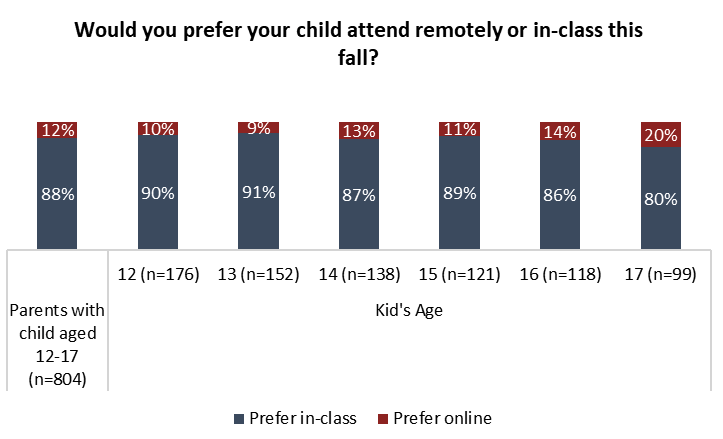 One of the things that is appreciated in the data is the use of the term “remote learning.”  Unfortunately, the authors who wrote the commentary failed to consistently do this and regularly used “remote learning” and “online learning” interchangeably.